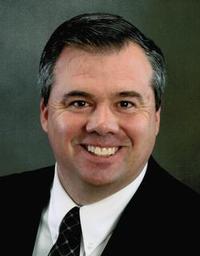 Patrick Lehman was born in Wilkes-Barre, son of Anne Marie and the late Leo P. Lehman. He attended Dodson and St. Leo's Elementary Schools and is a Graduate of Hanover Area High School. During those years he enjoyed playing baseball, and was a member of the Civil Air Patrol.

He furthered his education at College Misericordia, where he received his Bachelors of Science Degree in Business Administration with a specialization in Management and a minor in Marketing. To follow in his fathers, uncles and grandfathers footsteps, Patrick chose a career in Funeral Service. He enrolled in Simmons Institute of Mortuary Science, where he was appointed to the Deans List and served as President of his class. He is an active believer of continuing education and enjoys attending seminars as often as possible.

Pat met his wife, Jacqueline in 1990, married in 1993 and resides in the Newtown section of Hanover Township. They are the proud parents of Patrick Jr., MaryTheresa, and a Shih Tzu named Maggie. The Lehman Family is active in local sporting organizations and community service.

Pat is grateful to have a large family. He has three brothers, Paul, Mark and James, two sisters, MaryJo and Molly, many nieces, nephews and in laws.

Mr. Lehman has been in funeral service for over 25 years and serves as President of the Lehman Family Funeral Service, Inc. in Wilkes-Barre and White Haven and founded Lehman Monument Co. in 1986 currently managed by his wife and brother.

Pat is active in the community and is a member of many organizations such as the Cyrenians, the AOH, the JCC, Knights of Columbus, St. Leo's/Holy Rosary Church, St. Andrew's parish formerly, St. Patrick's Church and Newtown Fireman's Association. 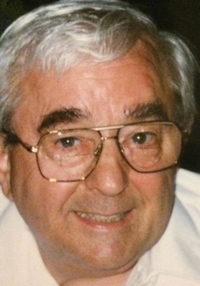 Joseph E. Lehman was a Licensed Funeral Director in Pennsylvania and New Jersey for over 50 years. He was married to Ann Schwab Lehman and was the father of 7 children. Joe and Ann resided in White Haven for over 25 years.  Joseph E. Lehman passed away, November 17, 2014 in Philadelphia.  He will be forever missed by his loving family.

Michael Galaida has an Associate of Applied Science from Northampton College and a Bachelor of Science from New Haven University. He is currently the Supervisor at Andrew Strish Funeral Home, Larksville.

Pre-Need Agent/Matriarch of our Team

Anne Marie Callahan Lehman is from the Preston section of Hanover Township and graduated from Hanover High School. She went on to attend Wyoming Valley School of Nursing becoming an RN.

She was married to the late Leo P. Lehman and is the mother of 6 children, Patrick, Paul, MaryJo, Molly, Mark and James.

Anne Marie is currently a pre-need agent and matriarch of the team at Lehman Family Funeral Service. 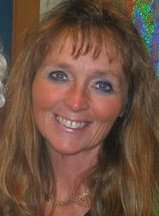 Jacqueline "Jackie" Lehman was born in Boise, Idaho and is the daughter of the late Linda Kay Trondson Koprowski and Robert and Dorothy Koprowski of West Nanticoke. Jackie graduated from Sacred Heart Elementary, Luzerne and Bishop O'Reilly High School, of Kingston. She went on to attend Lackawanna School of Business and Luzerne County Community College.

Jackie is Vice President and Office Administrator at the Lehman Family Funeral Service and assists families with purchasing of Memorials.

Russell C. Teter, of Weatherly, joined Lehman Family Funeral Service, Inc. in White Haven, in the Summer of 2015.  Mr. Teter has over 35 years of experience in the Funeral Industry and currently serves as Supervisor for the White Haven location.

James Casey, F.D. and Supervisor of our Wilkes-Barre Location has been associated with the Lehman Family for over 10 years.  He resides with his wife and two daughters in Lackawanna County.

A year of daily grief support

Our support in your time of need does not end after the funeral services.  Enter your email below to receive a grief support message from us each day for a year.  You can unsubscribe at any time.